About A533 Expressway Bridge

The existing bridge was built in 1971 and is being replaced with a new 67m two-span concrete bridge, consisting of a single two-lane carriageway and a combined footpath and cycleway. This will connect communities and businesses over the motorway and supporting investment in jobs and housing for decades to come.

Major internet and water services supporting hundreds of thousands of residents and businesses in Cheshire and Merseyside north of the M56 are carried across the motorway by the existing bridge and are having to be diverted. The topography is also a challenge. The bridge runs at an angle across the M56 and the land falls on the southern side of the motorway requiring a complicated design for the bridge decks and concrete parapets in the motorway verges.

We will keep the existing bridge open whilst we construct the new bridge. On completion, traffic will be transferred to the new structure to continue the flow of traffic and allow for the demolition of the exiting bridge structure. 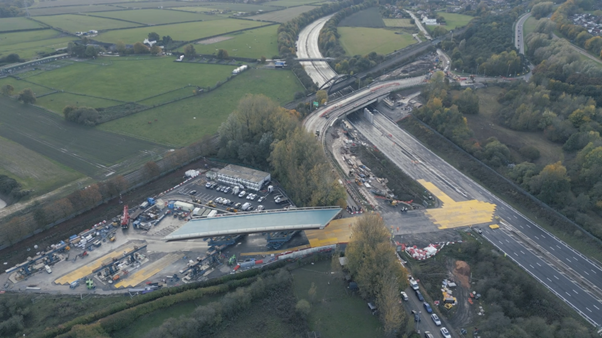 Carefully demolishing the old bridge once it is sandwiched between the new one and the existing railway bridge serving the West Coast main line, is just one of the challenges for National Highways and lead constructor Amey Sir Robert McAlpine.

A substantial part of the project, the 1200t bridge deck, will be built off site to minimise disruption. The bridge deck will be transported using a self-propelled modular transporter (SPMT) transported down an embankment, along the carriageway of the motorway and into position

We are a family-owned building and civil engineering company established in 1869. We design, develop, build and preserve some of Britain’s most iconic buildings.We shape towns, cities and landscapes and put the local community at the heart of everything we do.

If there’s one reason for our enduring success over the last 152 years, it is the quality of our people. They embody the commitment to technical excellence, client service and exemplary project delivery that make us the company we are. Our people want to be the best, delivering the exceptional time and agai...
More 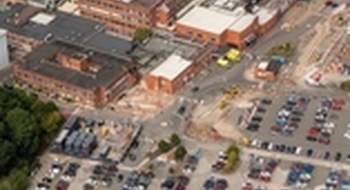 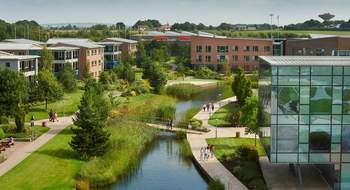 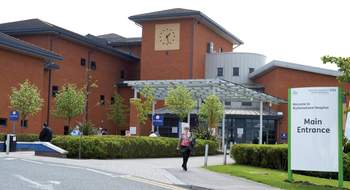 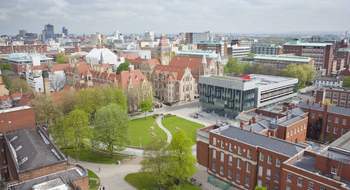