The Balfour Beatty VINCI SYSTRA joint venture (BBVS JV) is working in partnership with HS2 to build Old Oak Common Station, a new super-hub set to be the best-connected and largest new railway station ever built in the UK. The station will have fourteen platforms, a mix of six high-speed and eight conventional service platforms, with an 850m-long station box.

Currently, BBVS is excavating 1.5 million tonnes of London clay to construct the station box, 20 metres below the ground. Excavated materials are removed from site via a conveyor, to Willesden Euro Terminal where the spoil is loaded onto trains for beneficial re-use.
Once complete, the station box will host the underground high-speed rail services.

Piling has also started on the conventional station building that will host the eight conventional rail platforms. 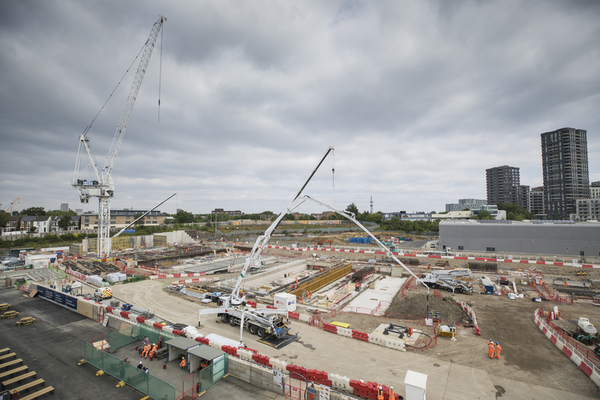 Visitors will be given an overview of our works in the visitor centre, where they will have the opportunity to speak to our construction team and apprentices about the work they do, as well as ask questions about the works underway.

From there, they will be led up to the third floor viewing gallery where they will have a view of works underway in the station box, the conveyor and the construction of the conventional station.

With the aid of video and visuals, viewers will be able to see where they stand in relation to the future station. Looking West, they will be able to see the station box. Here we will show them visuals of the urban realm, the park space that will sit over the subsurface platforms. Looking. East, they will see the conventional station works. We will complement this with visuals of the completed station.

HS2 is a new high speed railway linking up London, the Midlands, the North and Scotland serving over 25 stations including eight of Britain’s 10 largest cities and connecting around 30 million people.

HS2 is the UK’s flagship transport levelling up project. It is the biggest rail investment ever made in the North of England and is Europe’s largest infrastructure project.

The new high-speed line will run between the North West and the South East, stopping at Manchester, Birmingham and London with trains continuing on the existing network to Scotland ...
More 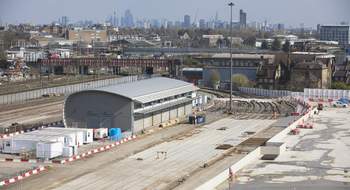 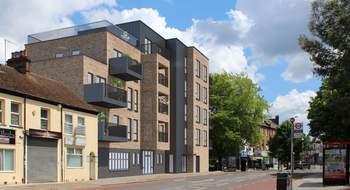 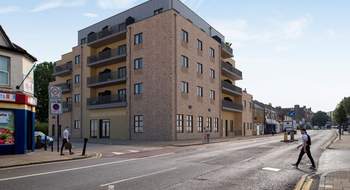 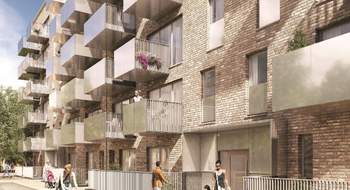 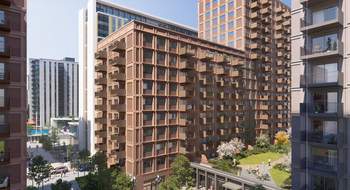